The Community of European Railway and Infrastructure Companies (CER) launches its Future is Rail campaign, showing rail as a smarter, cleaner and more connected means of transport in the EU.

The kick-off of the campaign comes after the official launch of the European Year of Rail and shares the objective of encouraging more passengers and businesses to see rail as the future of transport.

The freedom we depend on to go to work, travel or buy our favourite products is nothing without movement. But the way Europe moves needs to change. It needs to become smarter, more connected and cleaner. With rail, this is possible. The EU can move more, move freely and still meet pressing climate objectives set out in the European Green Deal. That’s why our aim by 2030 is to double the amount of rail passengers and ensure that at least 30% of freight moves by rail.

2021 is a major year for European railways, with the European Commission’s EU Year of Rail highlighting the benefits of rail as one of the most sustainable, innovative and safest modes of transport. The Future is Rail campaign builds on this initiative, showing how smart, connected, clean railways can help decarbonise the European transportation sector while enabling sustainable economic recovery and growth.

Rail is an integral part of a smarter transportation system. The sector is embracing digital technology to maximise capacity and provide even safer, more efficient and higher quality services. With transport demand growing, turning to this smart rail system will help beat congestion (the typical freight trains carries as many goods as 40 trucks) and make travelling easier and more comfortable.

Rail offers Europe a truly connected future. The seamless rail network of tomorrow is being built today through infrastructure works but also cooperation among rail actors in areas such as timetabling processes and simplification of rules and technical requirements for trains crossing borders. With the appropriate political support, high-speed and night trains between our cities can become a real alternative to cheap flights.

A cleaner European transportation system must be built around rail. Rail pollutes 8x less and emits 9x less CO2 than other modes per unit of traffic. It accounts for just 2% of EU transport energy consumption, while it carries 18% of freight and 8% of passengers. With four out of five trains already running on electricity, and plans to phase out the remaining diesel trains by 2050 thanks to alternative fuels, the total decarbonisation of rail transport is within reach.

The Future is Rail campaign is one of the CER flagship initiatives to make the European Year of Rail as lively as possible. We are not alone in our efforts and already find great support from our partners in the European Commission, European Parliament and the Portuguese Presidency of the EU Council. We also thank the Dutch and Austrian Governments for their role in establishing the International Rail Passenger Platform, which we are confident will inspire positive regulatory developments. Most recently a Joint Position Paper, signed so far by sixteen Member States, calls for the EU Commission to launch an initiative in favour of rail freight operators to promote modal shift to clean transport – a plea which we wholeheartedly welcome and hope that many more Member States will join. Lastly, we look forward to continue working with the upcoming Slovenian and then French Presidency of the Council as we head into 2022.

CER Chair and CEO of Austrian Federal Railways Andreas Matthä said: “The new CER communication campaign underlines the strength of the entire rail sector in Europe and will further support the positive development of European rail as a solution to achieve the climate targets set.”

CER Executive Director Alberto Mazzola added: “Rail is ready to be at the centre of a fully decarbonised transportation system in line with the European Green Deal. Investment in rail is an investment in more mobility, more economic activity and more growth, but sustainably. Because rail is cleaner, smarter and makes us more connected. Rail is the future.” 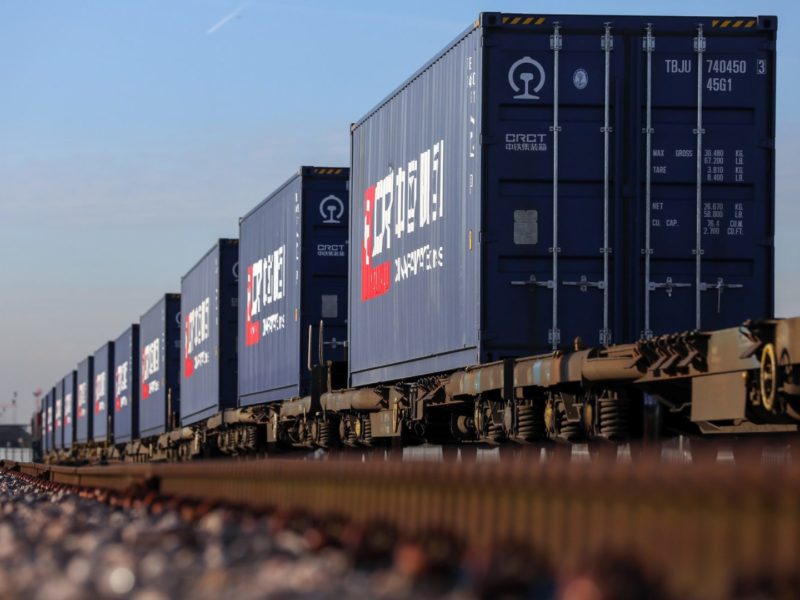