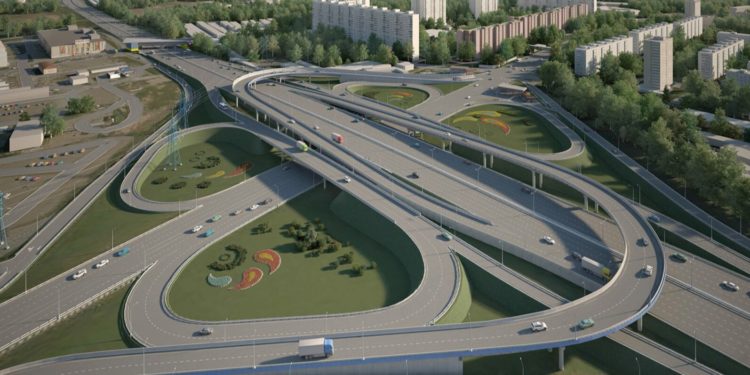 The Moscow Mayor Sergey Sobyanin has announced the creation of the Moscow High-Speed Diameter (MHSD).

The MHSD is a new expressway, which connect the South-Eastern and North-Eastern Chords without a single traffic light.

With a seamless connection, these highways create a new transport artery – a traffic light – free highway from South to North part of Moscow. The 68-kilometer-long highway will connect the largest outbound highways — the North-Western Chord, Dmitrovskoye, Altufyevskoye, Yaroslavskoye and Shchelkovskoye Highways, the Entusiastov Highway, Ryazansky and Volgogradsky Avenues, Yuzhnaya Rokada, Kashirskoye and Varshavskoye Highways. 48 districts of Moscow, park zones and more, than 10 transport hubs including the Vostochny transport hub will be connected via the MHSD.

Trips for Moscow citizens will become faster and safer: there will be connections between outbound highways, the Moscow Ring Road, Moscow districts and transport hubs. It will be possible to move between districts and major points of attraction located in different parts of the city conveniently.

The launch of the MHSD will unload the city center and the Third Ring Road (TRR) from cars that cross Moscow in transit. The Diameter will be as safe as possible: there will be only cars, no pedestrian crossings on the same level as the road and transit trucks – except for those that are important for the functioning of the city. The Central Ring Road and the Moscow Ring Road (MRR) are much more convenient for such trips – they are wider, faster and have many travel options. The number of transit cars from other cities will not increase.

After the launch of the MHSD, the remote areas and major points of attraction of Moscow will be connected with a single highway. The travel time in Moscow will be reduced to 50 minutes. Moscow citizens and guests will be able to save 20-25 minutes of travel time during the trips to the Sheremetyevo and Domodedovo airports.

There will be less traffic jams in Moscow, the air will become cleaner: the emission of nitrogen dioxide will be reduced by up to 15% and carbon monoxide by up to 20%. The TRR and MRR will unload and become freer by 20%. The launch of the MHSD will increase the speed of the public transport and will allow launching new routes.