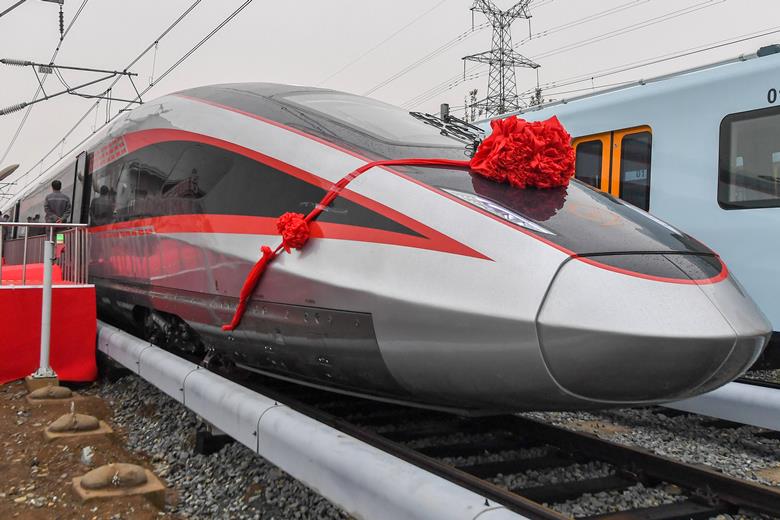 Unveiled on October 21, the 212m long trainset is a derivative of the company’s CHR400-BF design, part of the ‘Fuxing’ China Standard EMU family. 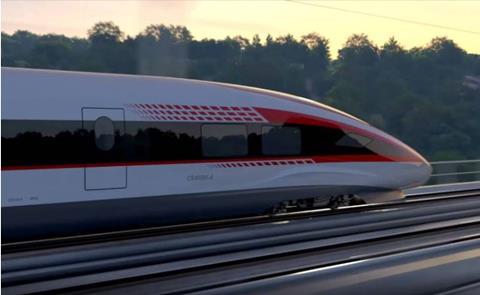 The train has been developed for cross-border operation between China’s 1 435 mm gauge network and the 1 520 mm gauge used in neighbouring Russia and the CIS countries. The manufacturers cite one potential application as a Beijing – Moscow through service. A multi-system traction package will allow the train to run on different power supplies.

According to the manufacturer, the trainset will be suitable for operation in temperatures from -50C to +50C and has been designed to run at a maximum speed of 400 km/h. As well as the gauge-changing bogies, the company has developed a matching changer track installation which has been installed on its test track. 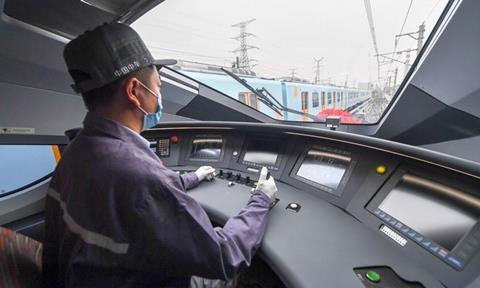 CRRC Chairman Liu Hualong had announced the group’s intention to develop a 400 km/h gauge changing train at a Belt & Road conference in May 2017, noting that the technology would enable through running from China to Mongolia, Kazakhstan and Russia. The research programme has reportedly been backed by state grants totalling 34·7bn yuan.

While Spain operates an extensive fleet of gauge-changing trainsets between 1 435 mm and 1 668 mm gauges, these are limited to a maximum of 250 km/h to ensure the stability of the adjustable wheelsets at high speeds. Attempts to develop a convertible trainset to operate on 1 435 mm and 1 067 mm gauge networks in Japan produced several prototypes but did not result in a series-built design. 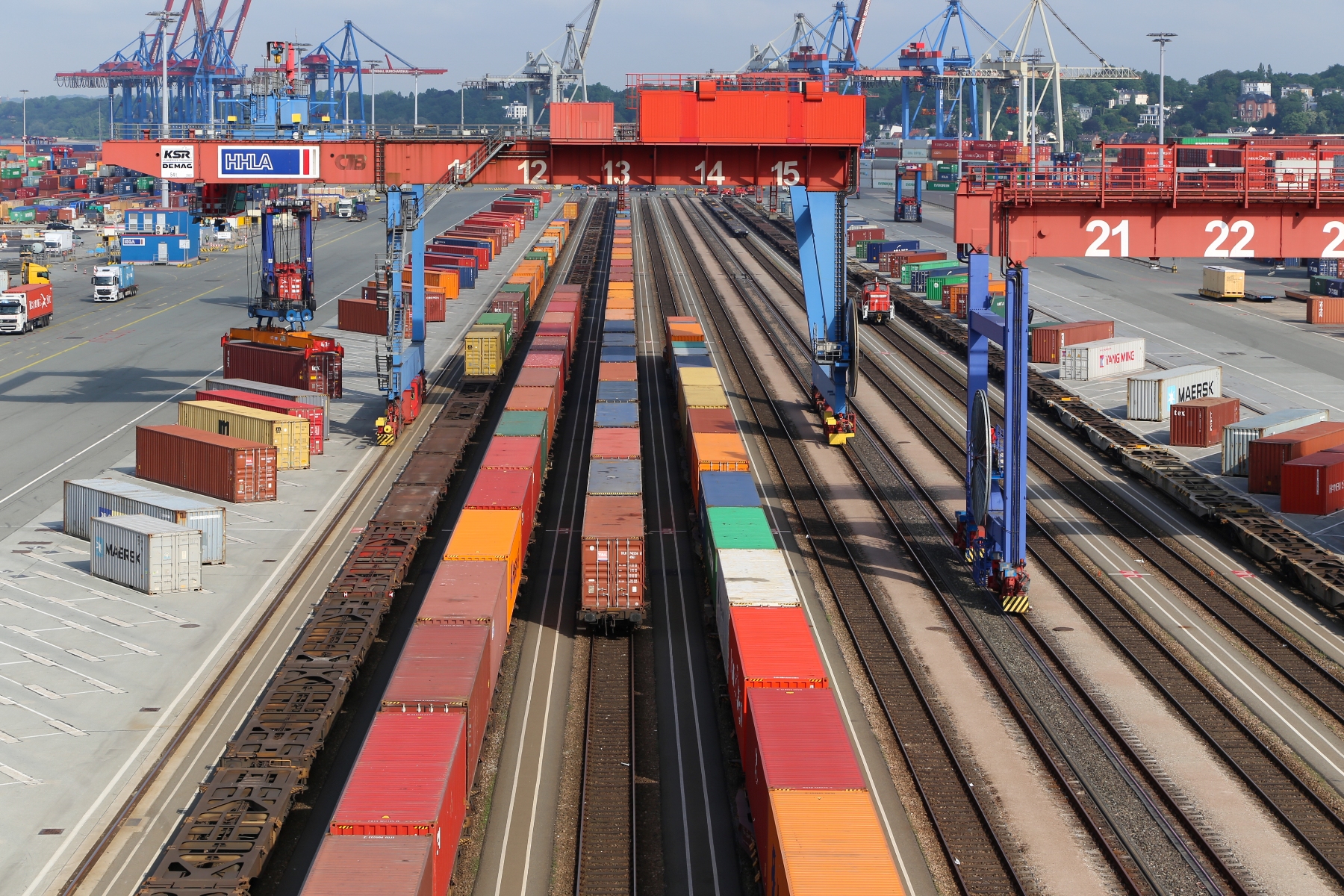